During July 2022, I carried out a research stay at the Institute for Research in Social Cohesion (RISC), composed by and an alliance of 11 academic institutions in Germany. My stay was at the University of Bremen, from where the Institute’s Social Cohesion Panel is coordinated. The general objective of the stay was to generate possibilities for collaboration with the Center for Social Conflict and Cohesion studies (COES) in Chile, where I am principal investigator since 2013. Both initiatives have many aspects in common, as for instance the long-term horizon, the organization based on a consortium of academic institutions (4 Universities in the case of COES), and the implementation of different empirical studies around the concept of social cohesion from a perspective of longitudinal change.

During the stay I had the opportunity to participate in the RISC Summer School, which took place in Bremen. In the summer school I was able to learn about the research carried out by doctoral students within the framework of RISC; I also commented on one of the papers presented. Following the Summer School, I attended the RISC Annual Conference (Jahreskonferenz), where more than 150 researchers from all over Germany associated with RISC participated presenting the advances of the projects carried out in the different universities.

Most of my work during the research stay was related to empirical studies in social cohesion. In this regard, one of the characteristic projects of COES is the Social Longitudinal Study of Chile (ELSOC), a panel survey focused on social cohesion issues administered annually since 2016. This study has many coincidences with the RISC Social Cohesion Panel, both in its objectives and in the topics it covers, which opens up a series of possibilities for collaboration between both institutions. During the research stay I had the opportunity to learn about and become familiar with the data from the pilot study and the first wave of the RISC panel. A focus of interest in this analysis was the RISC battery of social cohesion (preliminary analysis available at: https://github.com/juancarloscastillo/cohesion-fgz ), where the interviewees are directly asked about the importance of different aspects in relation to social cohesion. Given that in the Chilean panel we do not have direct questions of this type, their inclusion in the investigations carried out in Chile will allow important advances on the manifestations of social cohesion in different societies. 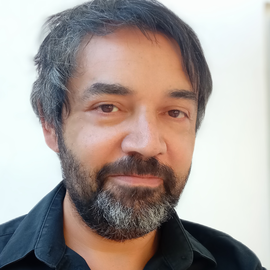